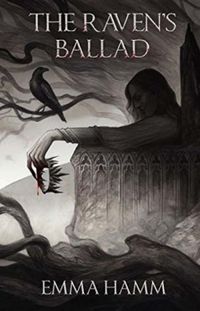 The Raven's Ballad (The Otherworld #5)

Once upon a time

A curse can only be broken by luck or an impossible feat, and Aisling has tried numerous impossible feats. Every morning she changes into a swan. Every dusk she has a few moments with the man she loves, only to watch him forced into the form of a raven by the same curse.

When it becomes clear the curse is directly connected with an ancient, awakening evil, she sets off into the depths of Underhill to find answers. Unfortunately, this is a journey that must be made alone.

Bran refuses to believe there isn't another way. Split off from his queen, he joins forces with the Seelie Fae and the Druids. Darkness spreads throughout the Raven Kingdom. Both king and queen fight to protect their people, their home, and the love they have for each other.

USAToday Bestselling Author Emma Hamm grew up in a small town surrounded by trees and animals. She writes strong, confident, powerful women who aren't afraid to grow and make mistakes. Her books will always be a little bit feminist, and are geared towards empowerin...