The Roman : A Novel

The memoirs of Minutus Lausus Manilianus, who has won the Insignia of a Triumph, who has the rank of Consul, who is the Chairman of the Priests' Collegium of the God Vespasian and a member of the Roman Senate.

The Roman : A Novel (The Manilianus Duology #2)

The memoirs of Minutus Lausus Manilianus, who has won the Insignia of a Triumph, who has the rank of...

The Roman is a superb reconstruction of a time long ago: the Roman world in the time of the Emperors Claudius and Nero. It's the story of Minutus, of noble birth, he serves the government and travels widely thru the Empire, from his home in Antioch to the seat of world power  Rome.

The book is a sequel to "The Secret of the Kingdom": The Manilianus Duology #1, a novel about the early days of Christianity. The protagonist and narrator is Minutus, the son of Marcus, the main character of the previous novel. Minutus is a Roman citizen striving to survive without political entanglements. In the novel, Minutus travels from Corinth to Britain, to Rome and then to Jerusalem. Through a boyhood friendship with Nero, he becomes a sometimes advisor, sometimes a tool, and sometimes a fool of the capricious emperor. A cruel fate makes him the commander of the menagerie that supplied the wild animals that tore his firstborn son to pieces, and the book was ostensibly written as a guide for his second son, great-grandson of the Emperor Claudius.

This is the legacy-memoir of Minutus or "the insignificant one," first met at fifteen when he leaves Antioch for Rome, as his destiny intertwines with new sect of Christianity. He survives the eras of Emperor Claudius and Nero, long his friend; he travels from his native Antioch to Britain to Corinth and finally to Jerusalem; he takes a hare-priestess in Britain, cohabits for years with Claudia, the emperor's daughter out of wedlock, a Christian convert; marries and divorces the savage Sabina; and loves perhaps only Antonia, Nero's half sister. Though he witnesses his father and stepmother's conversion, follows the life of Paul (Saul) of Tarsus very closely, is privy to and part of the dreadful persecution of both Jews and Christians, he is only persuaded toward Christianity at the end of his life. One of the chief pleasures of this novel is its exploration of physical properties of life as it was lived, in one of the most unruly eras of all time. . .
====
https://en.wikipedia.org/wiki/The_Roman
http://self.gutenberg.org/articles/eng/Mika_Waltari
https://pt.wikipedia.org/wiki/Cristianismo_primitivo

Resenhas para The Roman : A Novel (3) 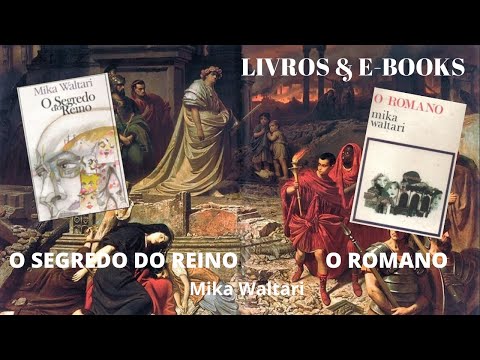