The Silmarillion, along with J. R. R. Tolkien's other works, forms an extensive, though incomplete, narrative that describes the universe of Eä in which are found the lands of Valinor, Beleriand, Númenor, and Middle-earth within which The Hobbit and The Lord of the Rings take place.
The Silmarillion comprises five parts. The first part, Ainulindalë, tells of the creation of Eä, the "world that is". Valaquenta, the second part, gives a description of the Valar and Maiar, the supernatural powers in Eä. The next section, Quenta Silmarillion, which forms the bulk of the collection, chronicles the history of the events before and during the First Age, including the wars over the Silmarils which gave the book its title. The fourth part, Akallabêth, relates the history of the Downfall of Númenor and its people, which takes place in the Second Age. The final part, Of the Rings of Power and the Third Age, is a brief account of the circumstances which led to and were presented in The Lord of the Rings.
The five parts were initially separate works, but it was the elder Tolkien's express wish that they be published together.Because J. R. R. Tolkien died before he finished revising the various legends, Christopher gathered material from his father's older writings to fill out the book. In a few cases, this meant that he had to devise completely new material in order to resolve gaps and inconsistencies in the narrative. 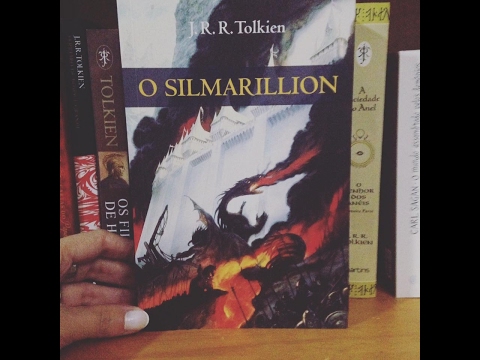