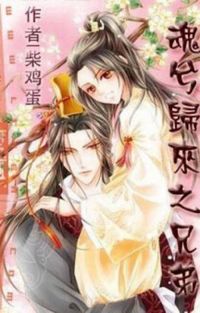 Chen Youzai was born ugly. He was always looked down upon and despised by his classmates and other people around him. It would have been better if he was pragmatic and virtuous but he happens to be the shameless, showoff type.

One day, he unexpectedly helps an old uncle who was drowning in a lake. It turns out this uncle was a deity. The uncle rewards him with a silver coin that will give him the ability to change bodies with anyone.

He was hesitant to use the silver coin at first; but after being rejected by his crush, heart broken, he chanted the spell and wished from the silver coin to become the most handsome man in the world.

He did wish for a big transformation, but how did he end up getting caught up in a situation he didn't ask for?

Zhu Wen Jiao (朱文娇, Nickname:- Chai Ji Dan, 柴鸡蛋) is an ethnic Taiwanese writer, whose writings are based on gay novels and novel-based series Addicted and Advanced Bravely are very popular in Asia. She is not only a writer, ...