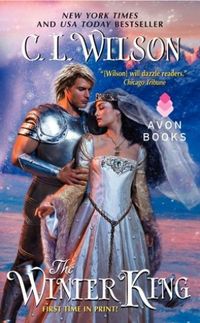 Wynter Atrialan, the Winter King, once lived in peace with his southern, Summerlander neighbors, but when the prince of Summerlea steals Wynters bride and murders his young brother, Wynter calls upon a dangerous Wintercraig magic called the Ice Heart and marches against Summerlea.


After three bitter years of battle, a victorious Wynter arrives at Summerleas royal palace to issue his terms of surrender. The prince of Summerlea stole Wynters bride and slew Wynters Heir. He wants the loss replaced. The Ice Heart is consuming him. Wynter hopes holding his own child in his arms will rekindle the warmth in his heart before he becomes the monster of Wintercraig legend, the Ice King.


The Summer King has three very precious daughters whom he loves dearly. Wynter will take one of them to wife. She will have one year to provide him with an Heir. If she fails, he will send her to face the mercy of the mountains and claim another princess for his wife. And so it will continue until Wynter has his Heir or the Summer King is out of daughters.


The plan is perfectexcept for one small detail. The Summer King has a fourth daughter. One of whom he is not so fond. And she is a fiercely passionate creature, with a temper as volatile as the forces of her weathergift, the power of storms.