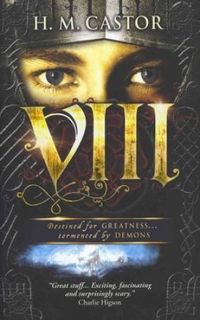 VIII is the story of Hal: a young, handsome, gifted warrior, who believes he has been chosen to lead his people. But he is plagued by the ghosts of his family's violent past and, once he rises to power, he turns to murder and rapacious cruelty. He is Henry VIII. The Tudors have always captured the popular imagination, but in VIII, Henry is presented fresh for a new generation. H M Castor does for Henry what Hilary Mantel did for Thomas Cromwell - VIII is Wolf Hall for the teen and crossover market. The contemporary, original writing style will have broad appeal and VIII brings the tension of a psychological thriller and the eeriness of a ghost story to historical fiction.