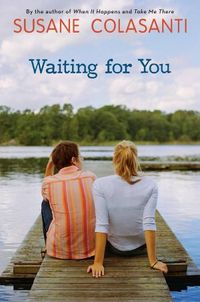 Waiting for You Susane Colasanti

At the beginning of her sophomore year, Marisa is ready for a fresh start and, more importantly, a boyfriend. So when the handsome and popular Derek asks her out, Marisa thinks her long wait for happiness is over. But several bumps in the roadincluding her parents unexpected separation, a fight with her best friend, and a shocking disappointment in her relationship with Derektest Marisas ability to maintain her new outlook. Only the anonymous DJ, whose underground podcasts have the schools ear, seems to understand what Marisa is going through. But she has no idea who he isor does she? In Waiting For You, this third romantic novel from Susane Colasanti, Marisa learns how to be in the Now and realizes that the love shes been waiting for has been right in front of her all along.

Resenhas para Waiting for You (2)

Nii.
3
No relationship is guaranteed to last forever. But Im okay with being here in the Now and letting later work itself out. So just like that, I walk out of this life. And into the one Ive been waiting for. O livro que trouxe hoje para você me deixou divida, ou seja, o livro oscilou entre partes boas (a maioria, thanks god) e partes que não me convenceram. Esse é o segundo livro que leio da Susane Colasanti. O primeiro foi When It Happens" Marisa é a garota que está wainting. E... leia mais

Susane Colasanti is the author of WHEN IT HAPPENS, TAKE ME THERE and WAITING FOR YOU. She has a bachelors degree from the University of Pennsylvania and a masters degree from New York University. Before becoming a full-time author, Susane was a high school Physic...