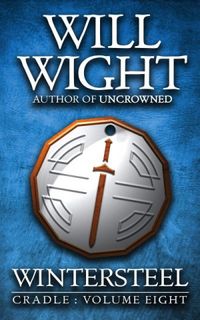 
As the Uncrowned King tournament reaches its final rounds, tensions between the competing factions are higher than ever. The outcome may determine the power balance throughout the rest of the world. Each Monarch schemes to seize any advantage they can...while far away, a Dreadgod stirs. When the tournament ends, the Dreadgod will rise. Whether it will be driven back into the sea or allowed to rampage depends on the Monarchs. And on which of them is left standing.