4.8
29 avaliações
LIVROS 34
LEITORES 1.296
SEGUIDORES 46
Gêneros Urban Fantasy, Tradicional Fantasy | Nascimento: 26/10/1971 | Local: Estados Unidos - Missouri - Independence
While he was sick with strep throat as a child, Butcher's sisters introduced him to The Lord of the Rings and The Han Solo Adventures novels to pass the time, thus beginning his fascination with fantasy and science fiction.[4] As a teenager, he completed his first novel and set out to become a writer. After many unsuccessful attempts to enter the traditional fantasy genre (he cites J. R. R. Tolkien, Lloyd Alexander, and C.S. Lewis, among others, as major influences),[4] he wrote the first book in The Dresden Filesabout a professional wizard in modern-day Chicagoas an exercise for a writing course in 1996 at the age of 25.
For two years, Butcher floated his manuscript amongst various publishers before hitting the convention circuit to make contacts in the industry. After meeting Butcher in person, Ricia Mainhardt, the agent who discovered Laurell K. Hamilton, agreed to represent him, kick-starting his writing career.[5] However, Butcher and Mainhardt have since parted ways; Jennifer Jackson is his current agent.[6] Since becoming published, Butcher has written two series: The Dresden Files and Codex Alera. Codex Alera has ended after six novels and The Dresden Files are still ongoing, he has also written a Spider-Man novel, entitled The Darkest Hours, released on June 27, 2006. In addition, he contributed a short story for publication in My Big Fat Supernatural Wedding with Charlaine Harris and Sherrilyn Kenyon, among others, released in October 2006. He has since contributed to the anthologies Many Bloody Returns in September 2007 and My Big Fat Supernatural Honeymoon in December 2007.[7] In October 2008, he released another short story in Blood Lite and a novelette, Backup, illustrated by Mike Mignola.[8]
ver mais
Livros publicados por Jim Butcher (34) ver mais 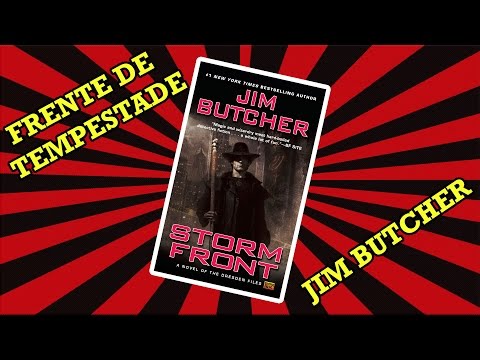