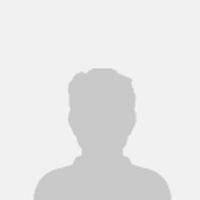 0.0
0 avaliações
LIVROS 23
LEITORES 79
SEGUIDORES 2
Gêneros Erótico,Fantasia,Ficção científica,HQ, comics, mangá,Humor, Comédia | Nascimento: 27/11/1981 | Local: Croácia - Eslavônia - Vinkovci
Stjepan ejić is a Croatian native who has spent most of his life in his home country. Unlike most illustrators, Stjepan did not plan on becoming a comic book artist until late in his life. He originally wanted to become a lawyer but life had other plans for him.
ejić is married to fellow Croatian artist Linda Lukić ejić.

He is currently enrolled in an academy of fine arts and has revealed that he has plans on becoming a teacher in the future
Stjepan ejić's art is very unique in its own way as it is characterized by painting-like graphics which are usually digitally altered with Photoshop, ZBrush, Mental Ray and other visual softwares.
He has done the artwork for comics like:
Army of Darkness
Battlestar Galactica
Painkiller Jane
Red Sonja
Terminator
Xena: Warrior Princess
Inhumans
She-Hulk
X-Men
Hotwire
Witchblade
The Darkness

He is also the creator of comics like:
Death Vigil
Ravine
Sunstone