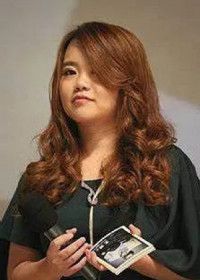 5.0
1 avaliações
LIVROS 19
LEITORES 102
SEGUIDORES 1
Gêneros Aventura,Erótico,Jovem adulto,LGBT / GLS,Romance | Nascimento: 01/05/1989 | Local: China - Taiwan
Zhu Wen Jiao (朱文娇, Nickname:- Chai Ji Dan, 柴鸡蛋) is an ethnic Taiwanese writer, whose writings are based on gay novels and novel-based series Addicted and Advanced Bravely are very popular in Asia. She is not only a writer, but also a director, producer and screenwriter. Although Xu Wen Xiao is her real name, but her pseudonym Chai Di Jan is better known to readers and fans alike. This Taiwanese author was born in first May 1989, in Taiwan.

Several of Zhu Wen Jiao's novels have been adapted into serial dramas. Among them, Addicted and Advanced Bravley left quite a response in Asia. Addicted is a Chinese series released in 2016 that is Zhu Wen Jiao's "Are you Addicted?" based novel. The Chinese series Advanced Bravely is also based on his novel of the same name. Unfortunately, before the end of the series, the Chinese government stopped broadcasting them. In addition to these, he has more novels from which the series has been made.