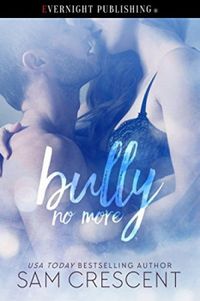 Fat. Cow. Chubby. Chunky. Those were just a few names Kurt had called her growing up. He was her bully, and he didnt care. One chemistry assignment changed everything. Kim refused to give in to him, so he had no choice but to leave. Ten years later, Kims stubbornness gives him the chance to show her that he is no longer her bully.
Kim didnt like asking for help, but Kurt made an offer she couldnt refuse. She didnt want to be the girl that fell for the man who hurt her. She was stronger than that. Kurt was not that guy anymore, and no matter how much she tried to fight the boy, this was a man.
Can two complete opposites find love? Can Kurt prove that hes no longer a bully, and is in fact the perfect guy for her? Will Kim take that chance?
This is the story of Kim and Kurt from Fat.