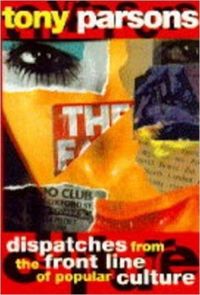 Dispatches from the Front Line of Popular Culture

Tony Parsons is undoubtedly Britain's finest and best known commentator on popular culture. From his teenage years at the "New Musical Express" where he helped the magazine to build a circulation of over 250,000 and defined the essence of Punk, up to the present and his widely-read weekly column in "The Daily Telegraph", Parsons' view on all matters are considered and often contentious. His television work such as "The Tattooed Jungle" in which he explored the state of Britain's working class, and "Clockwork Orange" in which he defined the appeal and mystery of Stanley Kubrick's 1971 film, earned rave reviews and scores of complaints. These dispatches are drawn from the very best and most provocative of Parsons' writing. From 1976 and the height of Punk through the 1980s obsession with style and on to the 1990s obsession with sex and sex-wars, here are the articles, essays and interviews from a variety of sources including the "NME", "Arena", "The Face", "Elle", "The Spectator", "The Daily Telegraph" and "The Times".