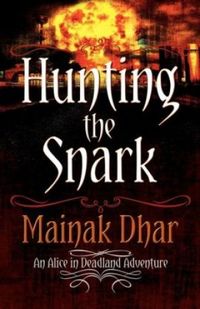 Hunting the Snark: An Alice in Deadland Adventure Mainak Dhar

Hunting the Snark: An Alice in Deadland Adventure

A thrilling new adventure in the bestselling Alice in Deadland series. It has now been close to two years since Alice followed a bunny eared Biter down a hole, triggering off events that changed her life and that of everyone in the Deadland. The Central Committee has been overthrown in Shanghai and the people of the Mainland freed from its tyranny. Red Guards no longer threaten Alice and the people of Wonderland and humans and Biters are beginning to learn to live with each other. There is renewed hope that we can indeed recreate our world as it was before The Rising destroyed it more than fifteen years ago. That short-lived sense of security is shattered when Shanghai is obliterated in a savage and sudden attack. When that same new danger threatens Wonderland, Alice must embark on a perilous journey to hunt down this threat. This adventure takes her deep into the Homeland, a desolate land where her parents once came from; a land now torn apart by Zeus mercenaries, bandits and wild Biters; a once mighty and prosperous nation known as the United States of America