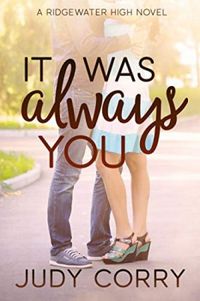 It Was Always You

It Was Always You

Sixteen-year-old Lexi Stevens has never been kissed--never even been asked on a date. So when she humiliates herself in front of her crush and her brother's best friend offers to be her fake boyfriend for the week to make him jealous, she doesn't know if it's the stupidest idea ever, or a dream come true.

When Noah Taylor gets kicked out of his house by his abusive stepdad, the last thing he needs is for anyone at school to find out--not even his best friend. But when his new "girlfriend" discovers him sleeping in his car and offers to let him sleep in her closet, he starts to wonder if he's found someone he can confide in after all.

Pretty soon Noah and Lexi are putting on a big show in front of the whole school while sneaking around behind her overprotective father's back. It isn't long before feelings develop and it becomes harder and harder to discern between what's fake and what's real.

It Was Always You is a standalone novel in The Ridgewater High series, a collection of simmering YA contemporary romances. If you like sweet romance with ballad-worthy chemistry, swoony kisses and endearing characters then you'll love Judy Corry's latest book.

Resenhas para It Was Always You (1)