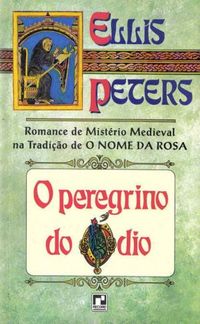 The Pilgrim of Hate

The Pilgrim of Hate

|...| The celebration of St. Winifred, in The Pilgrim of Hate, is usually a time of great rejoicing at the Benedictine abbey in Shrewsbury. Even in 1141, with the political factions of Empress Matilda and King Stephen engaged in bloody civil war, the faithful come to Shrewsbury to honor the Saint and pray for miracles. Unfortunately, the shadow of a distant murder hangs over the festival. Several weeks earlier in Winchester, a good and loyal knight was foully slain. The motive for the killing could have been either political or personal, and the murderer may be lurking among the pilgrims. It falls to Brother Cadfael to ferret out the killer. He is curious about two young men who are traveling together to fulfill a bizarre vow. Cadfael cannot rest until he uncovers their story. A colorful cast of well-drawn secondary characters adds richness and depth to a plot that examines joys of faith, as well as the evils of guilt and vengeance. "An Excellent Mystery", also set in 1141, is a close sequel to "Pilgrim of Hate". When the Benedictine abbey at Winchester is ravaged by fire, two Brothers of the order seek sanctuary at Shrewsbury. Brother Humilis was a famous knight crusader before a nearly fatal wound led to his retirement from the secular world. His mute companion, Brother Fidelis, serves as Humilis's caretaker and nurse. Young Fidelis is like a shadow, his inability to speak makes him the keeper of many secrets. [From Library Journal, Barbara Rhodes, Northeast Texas - Garland].