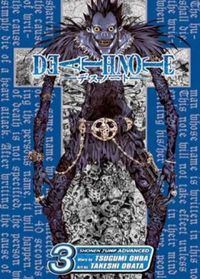 In order to keep working, Light hides a LCD Mini Television in a bag of chips to see criminals while he writes their names acting as if he is studying. L decides to remove the cameras, but remains surprised with Light's acting. Some time later, Light enters into the Toho University, where he meets L, who reveals his own identity in order to study Light's reactions. L reveals to Light that he suspects he is Kira, which forces Light to ally with him to prove he is innocent. Soon the channel Sakura TV airs a video from a person with Kira's powers telling people to stop bothering Kira by killing the anti-Kira commentators. Soichiro manages to enter Sakura TV's building with an armored car without being seen, and stops the broadcast. Light notes that the one who made the tapes is an ally for him and that has obtained the shinigami's eyes, allowing him to see anybody's real name and lifespan. After realizing there is another Kira, L requests Light to join them to stop the second Kira.