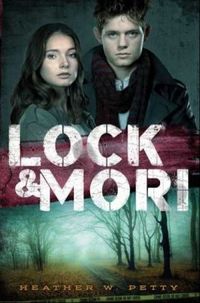 FACT: Someone has been murdered in Londons Regents Park. The police have no leads.

FACT: Miss James Mori Moriarty and Sherlock Lock Holmes should be hitting the books on a school night. Instead, they are out crashing a crime scene.

FACT: Lock has challenged Mori to solve the case before he does. Challenge accepted.

FACT: Despite agreeing to Locks one rulethey must share every clue with each otherMori is keeping secrets.

OBSERVATION: Sometimes you cant trust the people closest to you with matters of the heart. And after this case, Mori may never trust Lock again.