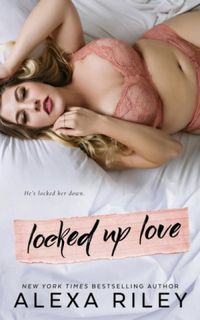 When Lizzy Roberts agreed to go on a blind date she never imagined it would turn into such a nightmare. Thankfully shes rescued by a dark knight named Rocco, but his heroic act is seen as a violent attack after the judge is bought off and Rocco is sent to jail.

Rocco Lang took one look at the blonde and knew he had to save her. But when his anger got the better of him he ended up behind bars. He doesnt regret his actions, just that they took him away from her. Now all hes got are her letters to keep him warm at night.

Can they fall in love with just a pen and paper and their hearts on the page? Youre damn right they can!

Warning: This alpha might be behind bars, but hes still running the show. Grab your jumpsuits and cozy up because this prison romance is everything your Valentines Day needs!