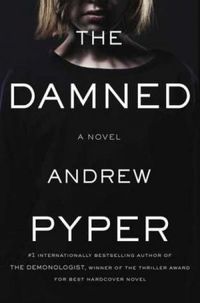 From the #1 internationally bestselling author of The Demonologist, called smart, thrilling, utterly unnerving by Gone Girl author Gillian Flynn, comes a spine-tingling supernatural thriller about a survivor of a near-death experience haunted by his beautiful, vindictive twin sister.

Most people who have a near-death experience come back alone

After he survived a fire that claimed the life of his twin sister, Ashleigh, Danny Orchard wrote a bestselling memoir about going to Heaven and back. But despite the resulting fame and fortune, hes never been able to enjoy his second chance at life.

In life, Dannys charming and magnetic twin had been a budding psychopath who privately terrorized her familyand death hasnt changed her wicked ways. Ash has haunted Danny for twenty years and now, just when hes met the love of his life and has a chance at real happiness, she wants more than ever to punish him for being aliveso she sets her sights on Dannys new wife and stepson.

Danny knows what Ash really wants is him, and hes prepared to sacrifice himself in order to save the ones he loves. But to do this, he'll have to meet his sister where she now residesand hope that this time, he can keep her there forever.