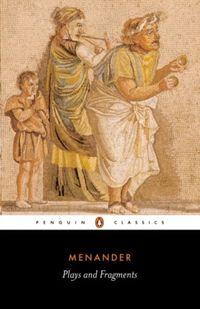 Menander (c. 341-291 BC) was the foremost innovator of Greek New Comedy, a dramatic style that moved away from the fantastical to focus upon the problems of ordinary Athenians. This collection contains the full text of 'Old Cantankerous' (Dyskolos), the only surviving complete example of New Comedy, as well as fragments from works including 'The Girl from Samos' and 'The Rape of the Locks', all of which are concerned with domestic catastrophes, the hazards of love and the trials of family life. Written in a poetic style regarded by the ancients as second only to Homer, these polished works - profoundly influential upon both Roman playwrights such as Plautus and Terence, and the wider Western tradition - may be regarded as the first true comedies of manners.