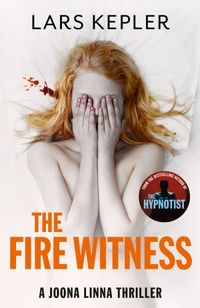 One girl is dead

Detective Inspector Joona Linna has been called to a home for troubled girls, north of Stockholm. A young girl has been brutally murdered, her body arranged in bed with her hands covering her eyes.

One girl is missing

Vicky Bennet is the only girl unaccounted for. Did she run away to escape the chaos or does a bloody hammer found under her pillow make her the prime suspect?

One girl claims to have witnessed it all

In Stockholm, Flora Hansen works as a medium, pretending to commune with the dead. When she begins to suffer crippling visions of the young girl's murder, will anyone believe her?

As Joona refuses to accept the easy answers, his search leads him into darker, more violent territory, and, finally, to a shocking confrontation with his past.