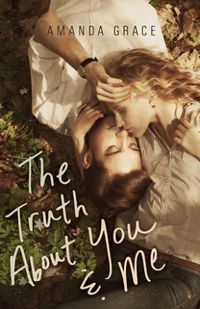 The Truth About You and Me Amanda Grace

The Truth About You and Me

Madelyn Hawkins is super smart. At sixteen, she's so gifted that she can attend college through a special program at her high school. On her first day, she meets Bennet. He's cute, funny, and kind. He understands Madelyn and what she's enduredand missed out onin order to excel academically and please her parents. Now, for the first time in her life, she's falling in love.

There's only one problem. Bennet is Madelyn's college professor, and he thinks she's eighteenbecause she hasn't told him the truth.

The story of their forbidden romance is told in letters that Madelyn writes to Bennetboth a heart-searing ode to their ill-fated love and an apology.