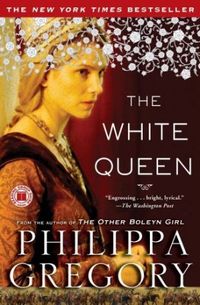 Presenting a new series set amid the deadly feuds in England known as the Wars of the Roses. Brother turns on brother to win the ultimate prize, the throne, in this dazzling account of the wars of the Plantagenets. They ruled before the Tudors, and now Philippa Gregory brings them to life through the dramatic and intimate stories of the secret players: the indomitable women. The White Queen tells the story of Elizabeth Woodville, a woman of extraordinary beauty and ambition, who secretly marries the newly crowned boy king. While Elizabeth rises to the demands of her exalted position and fights for the success of her family, her two sons become the central figures in a famous unsolved mystery that has confounded historians for centuries: the lost princes in the Tower of London. Philippa Gregory brings the artistry and intellect of a master writer and storyteller to a new era in history and begins what is sure to be another bestselling classic series from this beloved author.