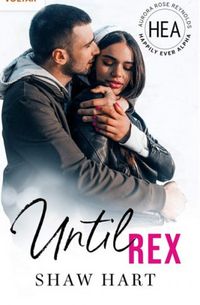 Emilia has been fighting her whole life. Shes struggled to make sure that she and her brother have food to eat and a roof over their head. Shes been thrown from one battle to another and shes just about ready to give up.

Then she meets Rex.

One meeting with Rex, and Emilia is wanting something that she knows she cant have. Not right now, when shes struggling to claw her way out of the latest skirmish.

Rex has seen the Mayson brothers fall in love with just one look, but he never thought that it would happen to him. He can tell that Emilia is guarded and that it will take some work to break down her walls, but hes willing to storm the castle to claim his queen.

When a letter arrives and rocks Emilias world, Rex is there to help her come up with a plan of attack to save her family, but will it be enough? Will the BOOM between Rex and Emilia be strong enough to survive the war thats coming?