There is darkness sweeping across the stars.

Most know her as the Bloody Baroness, the captain of a fearsome glass starship called The Marauder. Androma and her crew strike terror in the hearts of those who cross them amongst the many corners of the Mirabel Galaxy.

When a routine mission goes rogue, the all-female crew is captured by a bounty hunter from Andis past and forced into a job that could, quite literally, start a war that will devour worlds.

Meanwhile, on the far side of the galaxy, the ruthless ruler Nor waits in the shadows of Xen Ptera, biding her time. The final pieces are about to fall into place, liberating a plan that will tear Mirabel in two.

As the Marauder hurtles toward the unknown, there is one lesson that proves to be true: No one can be trusted in a galaxy that runs on lies and illusion. 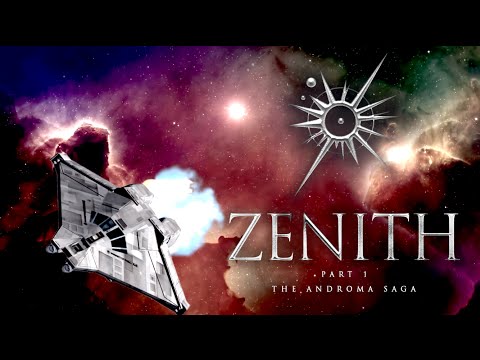 Lindsay Cummings is the #1 NYT Bestselling co-author of ZENITH. She writes Science Fiction and Fantasy novels for HarperCollins. She lives in the woods in North Texas, where she writes full time. As someone who came to writing through years dealing with Chronic...

Sasha Alsberg is the #1 NYT Bestselling Co-Author of ZENITH: The Androma Saga. When she is not writing short stories for class or obsessing over Scotland she is making YouTube videos on her channel Abookutopia.