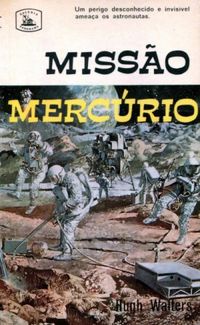 His first novels mostly dealt with the exploration of other planets in our solar system. Written for a juvenile audience, they had a scientific foundation, anticipating such advances as ion engines. Walters turned to writing novels concerning alien visits after all the planets had been explored. The main characters in his novels were two British astronauts, an American, and a Russian. Their names were Chris Godfrey, Tony Hale, Morrey Kant and Serge Smyslov, respectively. Later missions used a pair of telepathic twins, Gill and Gail Patrick, for communication. . .