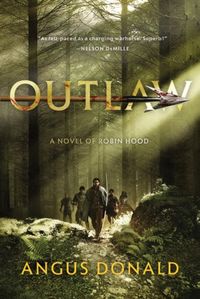 A novel of Robin Hood

A novel of Robin Hood

When he's caught stealing, young Alan Dale is forced to leave his family and go to live with a notorious band of outlaws in Sherwood Forest.

Their leader is the infamous Robin Hood. A tough, bloodthirsty warrior, Robin is more feared than any man in the country. And he becomes a mentor for Alan; with his fellow outlaws, Robin teaches Alan how to fight - and how to win.

But Robin is a ruthless man - and although he is Alan's protector, if Alan displeases him, he could also just as easily become his murderer...