The Boy Is Back

From New York Times bestselling author Meg Cabot comes the sweetly humorous story of a man who has to face his past in order to find his future.

Sometimes to move forward, you have to go back

One post. Thats all it took to destroy the care free, glamorous life of pro golfer Reed Stewart. One tiny post on the Internet.

Then again, its not like Reeds been winning many tournaments lately, and his uncle isnt the only one who says its because of the unfinished business he left behind back home in Bloomville, Indiananamely Reeds father, the Honorable Judge Richard P. Stewart, and the only girl Reed ever loved, Becky Flowers.

But Reed hasnt spoken to either his father or Becky in over a decade.

Until that post on the Internet. Suddenly, Reeds family has become a national laughingstock, his publicist wont stop calling, his siblings are begging for help, and Reed realizes he has no other choice: Hes got to go home to face his past . . . the Judge and the girl he left behind.

Beckys worked hard to build her successful senior relocation business, but shes worked even harder to forget Reed Stewart ever existedwhich hasnt been easy, considering hes their hometowns golden boy, and all anyone ever talks about. It was fine while they were thousands of miles apart, but now hes back in Bloomville. She has absolutely no intention of seeing himuntil his family hires her to help save his parents.

Now Reed and Becky cant avoid one anotheror the memories of that one fateful night.

Can the quirky residents of Bloomville bring these two young people back together, or will Reed and Becky continue to allow their pasts to deny them the future they deserve?

This warm, thought-provoking book, told entirely in texts, emails, and journal entries, is as much about the enduring bond of families as it is about second chances at love, and will delight as much as it entertains.

Resenhas para The Boy Is Back (0) 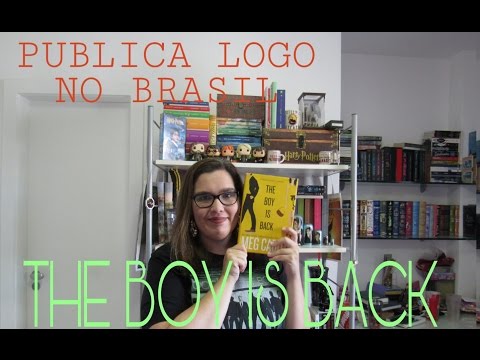