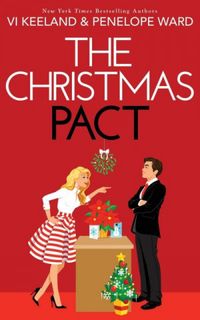 Riley Kennedy's emails keep getting crossed with her male colleague, Kennedy Riley. The infuriating man forwards them along with his annoying commentary and unsolicited advice. At least she never has to see him in person, since they work in different locations...until they come face to face at the office holiday party.

As luck would have it, Kennedy turns out to be outrageously handsome...though still a jerk. Yet somehow he's able to charm her out on the dance floor-and convince her to participate in his crazy scheme: he'll go home with Riley for a Christmas party and pretend to be her boyfriend, if Riley agrees to be his date to a wedding. It sounds easy enough. Little by little, however, the act they're putting on starts to feel like so much more than a Christmas pact-and Riley's about to learn there's more to Kennedy than she ever imagined.