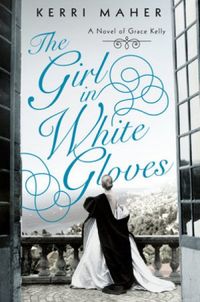 The Girl in White Gloves

Some women make headlines; an icon defies them.

A vivid reimagining of the exhilarating and sensationalized life of Princess Grace of Monaco from the acclaimed author of The Kennedy Debutante.

Hungry for her art and hopeful for the future, young Grace Kelly has the world at her feet. MGM's rising queen is poised to win the Oscar, but she chafes at the studio's increasing restrictions on her life. When an unexpected friendship develops between her and Prince Rainier of Monaco, she faces the tempting possibility of a new role--one that offers the power and stability she craves.

But life isn't like the movies. Twenty years into her crumbling marriage, Grace finds herself frustrated and disillusioned. Conflicted by notions of family, career, and the very nature of womanhood--notions Grace herself shaped for a generation of women--the world's loneliest princess searches for purpose beyond the labels and headlines.

A Hollywood darling, a fairy-tale princess, and a wife starved for autonomy, Grace Kelly is a woman divided. And though she is confined by public perception and societal conventions, one thing is certain--she will never bow to them.

KERRI MAHER is also the author of This Is Not A Writing Manual: Notes for the Young Writer in the Real World under the name Kerri Majors. She holds an MFA from Columbia University and founded YARN, an award-winning literary journal of short-form YA writing. For man...