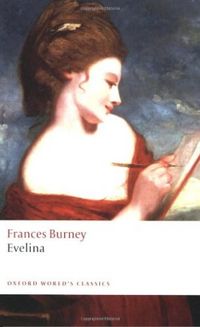 Or the History of a Young Lady's Entrance into the World

Or the History of a Young Lady's Entrance into the World

In this epistolary novel in three volumes, Evelina, the title character, is the unacknowledged but legitimate daughter of a dissipated English aristocrat. Her dubious birth has seen her raised in rural seclusion until her seventeenth year. Through a series of humorous events that take place in London and the resort town of Hotwells, near Bristol, Evelina learns how to navigate the complex layers of 18th-century society and earn the love of a distinguished nobleman. This sentimental novel, which has notions of sensibility and early romanticism, satirizes the society in which it is set and is a significant precursor to later works by Jane Austen and Maria Edgeworth, whose novels explore many of the same issues.