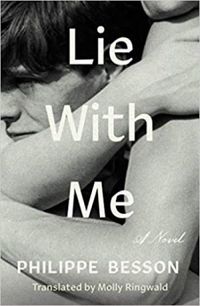 While passing through the village where he grew up, the narrator, Philippe, chances upon a young man who bears a striking resemblance to his first love, Thomas. What follows is an account of the relationship, twenty-five years earlier, between two teenagers from different social spheres: the bookish Philippe and the popular Thomas barely acknowledge one other at schooland yet, stealing time to meet alone, they carry on a passionate and secretive affair. The son of farmers, Thomas is trapped by convention and eventually ends the affair. When, decades later, Philippe encounters Thomass son, he finds out what became of Thomas, finally bringing a resolution to the relationship that defined his youth.

Resenhas para Lie With Me (8)