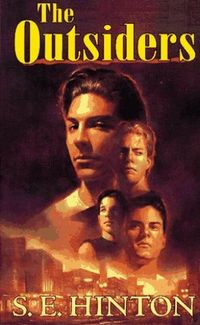 First published in 1967, S. E. Hinton's novel was an immediate phenomenon. Today, with more than eight million copies sold, The Outsiders continues to resonate with its powerful portrait of the bonds and boundaries of friendship. In Ponyboy's world there are two types of people. There are the Socs, the rich society kids who get away with anything. Then there are the greasers, like Ponyboy, who aren't so lucky. Ponyboy has a few things he can count on: his older brothers, his friends, and trouble with the Socs, whose idea of a good time is beating up greasers. At least he knows what to expect-until the night things go too far.